#amazing
#Heritage and culture
#To see
#with friends

In Brittany, our religious monuments are unlike any others in the world. They remind us of the religious fervour in times gone by. Saint-Thégonnec, Plounéour-Ménez, Saint-Jean-du-Doigt… Follow a trail through these towns that will lead from the sea to the mountains. 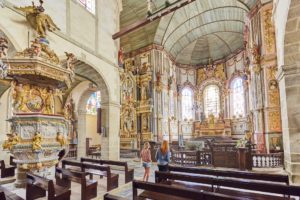 Take a peek at these strange churchyards

Each parish church consisted of the church itself, and usually a stone cross monument, an ossuary (bone house), a graveyard and a triumphal entrance. The outer wall then marked the boundary and protected the holy ground.

Using the Parish Church of Saint-Thégonnec as an example, find out why these churches and churchyards have become so fascinating to artists, historians and sociologists alike…

The happy abandon of Gothic Art, the inventiveness of the Renaissance, the pomposity of the Baroque – it’s all here! On the southern side, the architectural grandness reminds modern admirers of a successful and prosperous region: this is a churchyard of special architectural interest, known in French as an enclos paroissial. Brittany is not the only place in the world where you can find an enclos but it is the place where their richness and inventiveness evoke the greatest admiration. Separated from the parish itself by a wall, the enclos is a sacred area surrounding the church, a stone cross monument, an ossuary (bone house), a graveyard and a triumphal entrance. 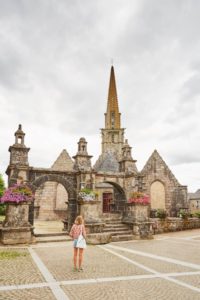 Cross or Calvaire – what’s the difference?

A cross, whether made of wood or of stone, only ever has an image of Christ upon it. However, a Calvaire can depict the Virgin Mary or St John both witnesses to the cruicifixion.
As time went on, increasingly elaborate monumental Calvaires included other sacred characters from the Passion. The Calvaire of Saint-Thégonnec was multi-coloured.
The bone houses, known as ossuaires, and the chapels serve as reminders of how death is ever-present; they are not hidden away but were used to instruct and remind the churchgoers. The ossuary was the resting place for the recently-deceased and the chapel was a reminder that our time, too, will come to pass. Step down into the Crypt to admire the moving entombment “Mise au tombeau”.
The Renaissance Triumphal Arch seems to imitate the entrances to chateaux and manor houses, often decorated with beautiful carvings that emphasised the wealth of the local landowners. At the entrance, raised stones prevented any animals from entering the holy ground.
The insider of the church and its belltowers also developed through wealth: from the 16th to 18th centuries, the best craftspeople left their legacies in the form of carvings, constructions and artwork. A powerful organ casing, perfect Baroque altars, and also a gallery of Saints are waiting to be admired.

How these Enclos came about

The lively imagination of local craftspeople and the rivalry between neighbouring parishes at the time came together to inspire these astounding works of sacred architecture: multi-coloured sculptures, dazzling stained-glass windows, stone cross monuments and even books carved from stone – all of which helped to inspire faith by evoking paradise and the Passion.
Elsewhere in Brittany, locals were growing and working with hemp; here it was linen. Morlaix Linen was famous throughout Europe and was highly profitable – the merchants and traders who reaped the benefits helped to finance these incredible and enduring religious monuments right through to the end of the 17th century.

Accommodations to discover the "Enclos Paroissiaux" 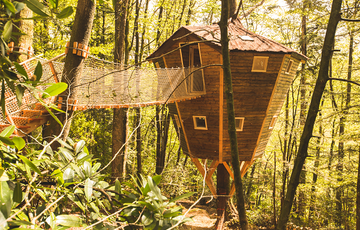 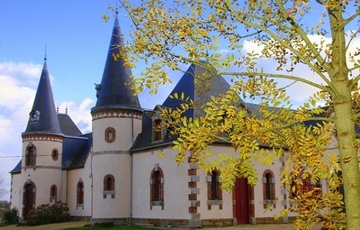 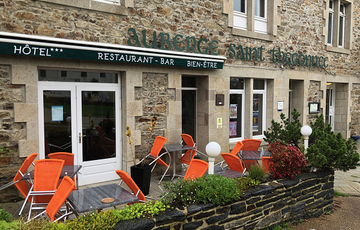 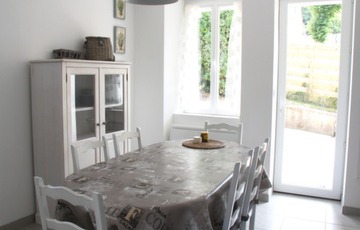 The churchyards in Morlaix Bay : Saint-Thégonnec, Plounéour-Ménez, Saint-Jean-du-Doigt and so on !

#To see #To do #Heritage and culture

Step back in time in Morlaix Bay